The first thing we needed to begin our journey to eliminating debt, was a plan. We are believers in the zero-based budget, meaning that you assign a job to every dollar before it comes in on payday. Every paycheck is a toddler with a Sharpie: full of potential, but if you don’t supervise it carefully, you’re going to end up with a mess to clean up and a lot of regrets.

We were sorely lacking in this department, and as a result, we had dollars running amuck all over town, getting themselves into all kinds of shenanigans. So, when we first decided to do this debt-free thing, we set a date for a time we knew—er, hoped–we would not be disturbed (four kids, y’all), put on a pot of coffee, and got cracking.

The very first thing that had to be done was a basic income/outflow breakdown. This was the fun part, because we are #blessed enough to have income enough to cover our expenses. Hallelujah. You know what’s not at all fun, though? Looking at your debtor’s balance sheets. And that was the next thing we had to do. Our spending of late had gotten to the point where we knew we were out of control, but neither of us wanted to face what we had done.

The thing about setting up camp on the banks of Denial is, no matter how much you’re enjoying yourself, you’re on a flood plane, baby. You’re enjoying the view, roasting grass-fed artisan sausages, drinking rosé out of a custom Yeti you bought on Etsy, and before you know it, you’re up to your neck in sludge water and–holy crap, is that a crocodile??

Remember worrying about monsters under the bed, when you were a kid (or when you were an adult, whatever, I’m not here to judge)? How that feeling of dread would build and build and eventually you had to force yourself to stick your head under there and prove to yourself that there was nothing there? Well, this process is a lot like that, except there absolutely IS a monster there. You know this because you made the monster. And the longer you wait to face it, the longer its claws and the sharper its teeth, because this monster feeds on something called “compounding interest.”

Once we got up the courage to look at the monster, we carefully counted its claws, teeth, and eyeballs. By golly, we had built ourselves one fearsome, loathsome beast. A creature worthy of a Guillermo del Toro film. 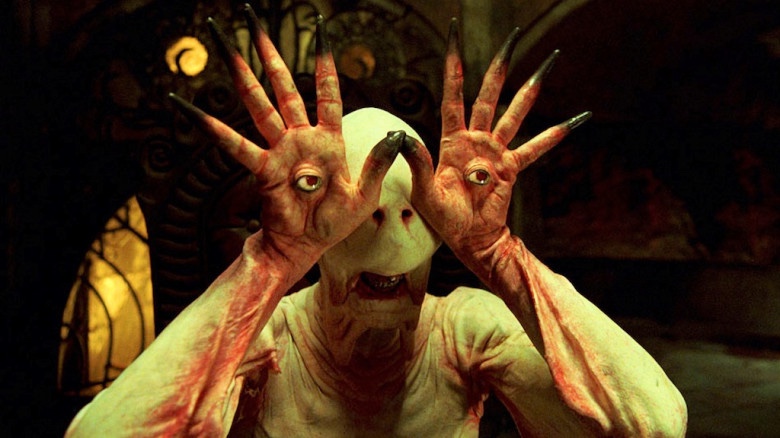 Credit card debt, plus the pool resurfacing, plus two cars needing to be paid off, plus a homebirth midwife bill, plus a hospital bill after having the baby at the hospital, anyway…

It was not fine. TOTALLY NOT FINE. I hate this with the ire of 1,000 hipsters being told that their favorite band is now on the radio. I want to get to the fun part, where we don’t have any more debt payments to make and we get to use our surplus cash on vacations and babysitters and pretty nails and Starbucks-fueled rampages through Michael’s.

My hobby is not crafting; my hobby is buying and storing crafting materials. Not to brag, but I’m super good at it.

But this was not that day. This was the day where we find out that we are $30,000 in debt and—AND—we have $826 that is straight-up missing. Unaccounted for. EVERY MONTH. We were allowing a merry little octet of Benjamin Franklins to tear up the town, probably smoking in alleys and tying tin cans to cat tails and goodness knows what other kind of ill-advised mischief. And I had NO IDEA where I might have lost them.

Joking aside, we really did look to see where that “extra” money was disappearing to, and so should you. Our money was indeed being left at Target. And Amazon. And restaurants. Not fancy restaurants, mind you (trust me, nobody who has met our kids would believe that we are spending much time in sit-down restaurants of any kind). It’s Five Guys and Chipotle and wherever else we can find gluten-free and Keto-friendly options that kids will eat. But, $50 on cheeseburgers here and a shipping minimum there, and we were bleeding our financial future dry. So now what?

If the first words that popped into your mind were “self-control,” you’re tracking with me. When we need a specific item at Target, I send my husband, who is immune to the siren call of Our Lady of the Red Dot. We stock up on convenience foods, so when I am strung out, we can still have gluten-free pizza or bunless burgers, for a fraction of the cost. I have lots of other tips and tricks I’ve picked up that I will post about in the future, so look for those. 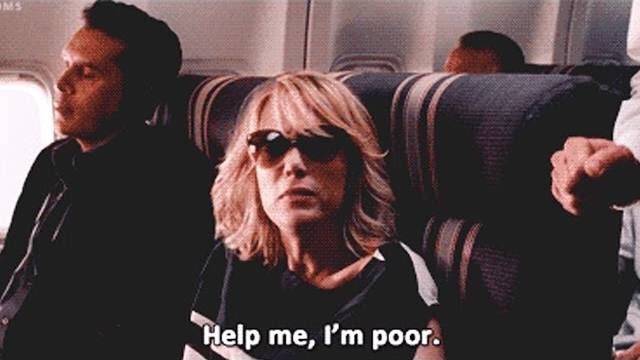 Does it suck to delay gratification? YEP. I say no to a lot, especially to myself. It’s stupid and I hate it. But everytime I say no, I get to pull out the pliers and yank out another one of those 30,000 teeth and THAT feels pretty good.

So, about those $826. We decided that throwing every single dollar of that at our debt was overly ambitious and setting ourselves up for failure, so we compromised and decided we would put $500 of it towards our debt snowball (if you are not familiar, check out Dave Ramsey‘s debt snowball, like RIGHT now). Every month. When we added that extra $500 to the monthly payments we were already making, we made some serious headway in a very short time. We started by attacking our small car.

Four months later, that 2011 Corolla was aaaaall ours, baby. #ballerstatus

If you are looking for a place to start getting your family’s finances back on track, you absolutely must have a meeting like this in your house. You cannot fight a monster you won’t look at! We met for about an hour, and left humbled, but invigorated and ready to punch this debt thing square in the balls.

What’s keeping you from confronting your debt-monster? What steps can you take today, to start pulling those teeth?